THE BLACK PANTHER IS READY FOR YOU!!!!

Hey my fellow Blerds and Blerdettes it's your friendly neighborhood Black Chivalrous Nerd Denzel Lamar once again and do I have news for you. Marvel hosted an event at Disney’s El Capitan Theater in Hollywood today where they were talking about Phase 3 of the MCU (Marvel Cinematic Universe) which starts with Avengers 2: Age of Ultron which is followed by Ant-Man starring Paul Rudd and Michael Douglas that comes out in 2015. After those two movies come out in 2015 the following movies are set to come out:

Now while I'm excited for all of these movies, the one movie I and other fans of this hero is ultimately excited for is the one that comes out on November 3rd, 2017. The movie I'm talking about is Black Panther. 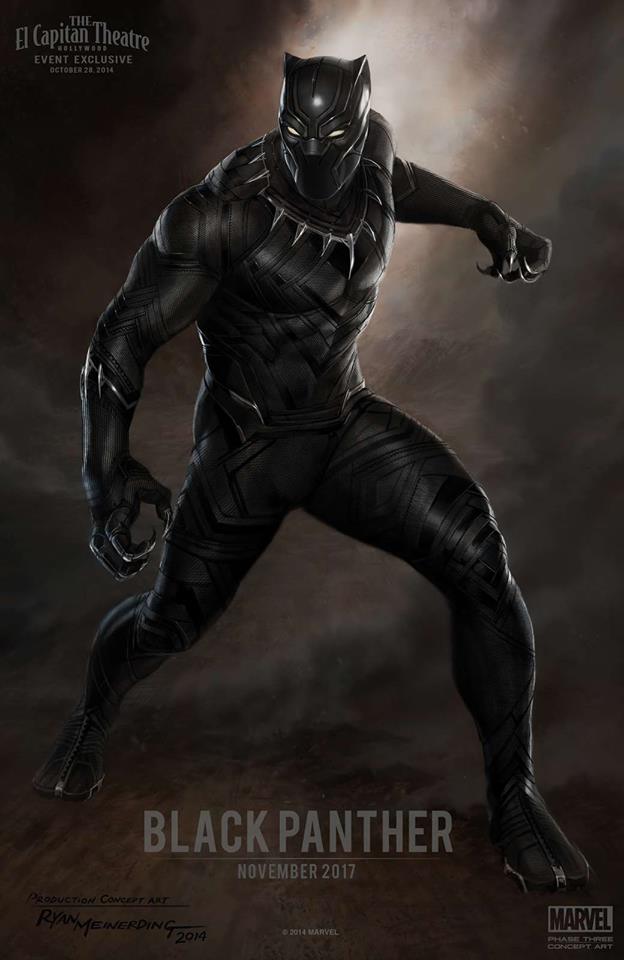 For years fans of the Black Panther have been crying and screaming and begging Marvel to make a movie for this awesome character. Fans have been predicting on if Marvel did a Black Panther movie, who would portray the role of the King of Wakanda and we've heard names like Denzel Washington, Jamie Foxx, Wesley Snipes (He wanted to portray Black Panther WAY before he did the Blade Movies), Idris Elba, Adewale Akinnuoye-Agbaje, Peter Mensah and even Djimon Hounsou (He was Black Panther in the short lived Animated Series) was predicted to be T'Challa. Now as awesome and impressive as those names are, the man who will be representing Wakanda in Movie form is none other than Chadwick Boseman

Yes Chadwick Boseman, the man who has portrayed James Brown and Jackie Robinson will be portraying the King of Wakanda in the upcoming Black Panther movie in November of 2017 and I can't wait. Now with this news breaking, fans have now been wondering and guessing on who would be his supporting cast and we don't know but a lot of fans have been saying that if Princess Shuri is in this movie that Lupita would be perfect for that role. 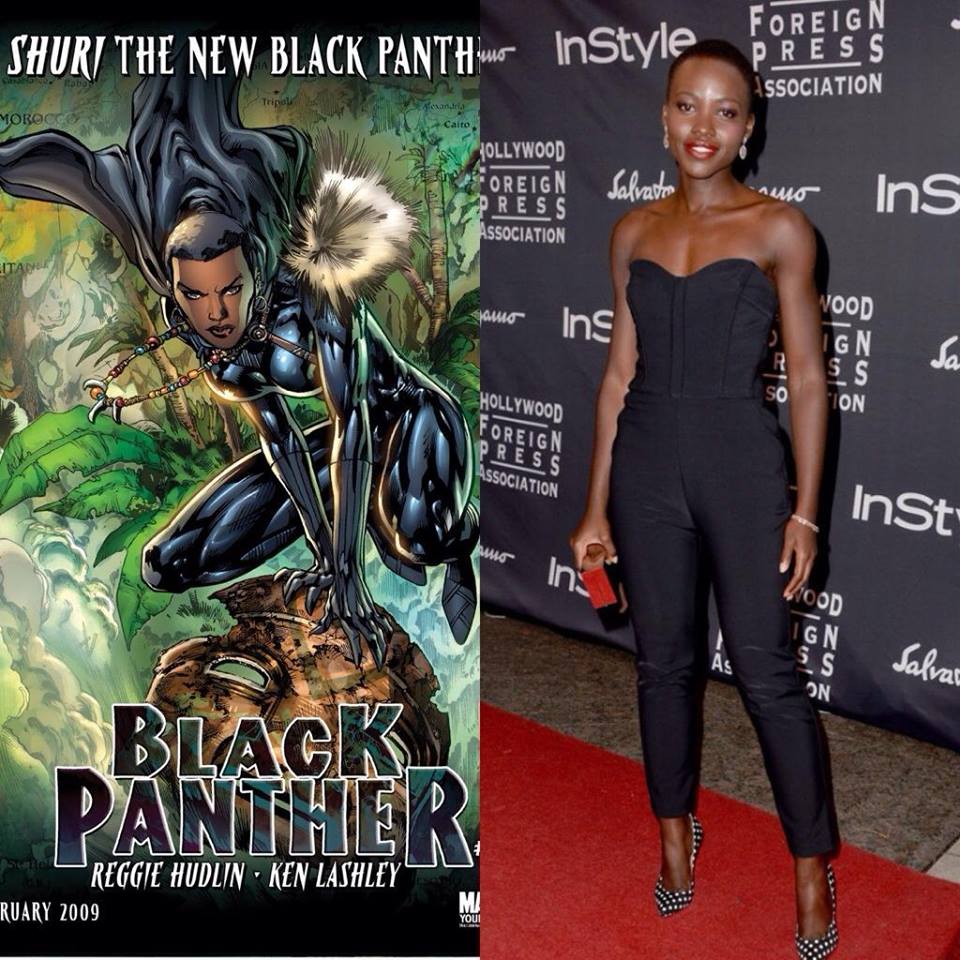 Now the image above is only a prediction but I can actually see Lupita as Princess Shuri, not to mention that she would also be awesome as the Black Panther when that time comes. Now there are some people that believe that she would be the perfect Storm and I totally agree but I honestly see her as Shuri before she becomes Storm. The reason I say that is because she's already doing a Disney movie with Star Wars Episode 7 and the upcoming Jungle Book movie, so I could see her staying within the Disney family and going to be in the Black Panther Movie.

Also, I think Djimon Hounsou would be great as T'Chaka, Father of T'Challa or as T'Challa's Uncle who was the Black Panther before T'Challa. The reason why I say Djimon should be casted is because he was T'Challa in the Animated Motion Series that came out a while back, even though BET failed to make it work, but I believe that it would be great to see him in this movie as a way of passing the throne and Wakanda to Chadwick Boseman.

I'm EXTREMELY excited for this project along with every other fan of this Hero. This is the movie that we've all been waiting for because this is the very first black superhero in the history of mainstream comics plus it's a Black Super Hero who is King of a country in Africa that's so advanced technology wise and intelligent wise that they had blu-ray DVD's, Smartphones and the cure for every disease in the world while everyone else in the world was wearing tye dye shirts and going to Woodstock and I think I speak for all of the fans of Black Panther and Wakanda when I say Thank You Marvel.

Now the real question is, are you ready for The Black Panther? Because, to quote Djimon Hounsou in the Black Panther Animated series, "THE BLACK PANTHER IS READY FOR YOU!!!!!!"

Now if you'll excuse me, I'm going to watch the Black Panther Motion Movie or listen to the theme of that show or just do those two while reading Black Panther Graphic Novels lol. Alright guys that's all the time I have for today but be sure to check out the other posts on this blog. Until next time my lovely Blerd and Blerdettes, this is the Black Chivalrous Nerd Denzel Lamar saying Love Peace and Bacon Grease Smoke Bombs out while Chanting "BLACK PANTHER, BLACK PANTHER"