No Justice, No Peace and Enough is Enough 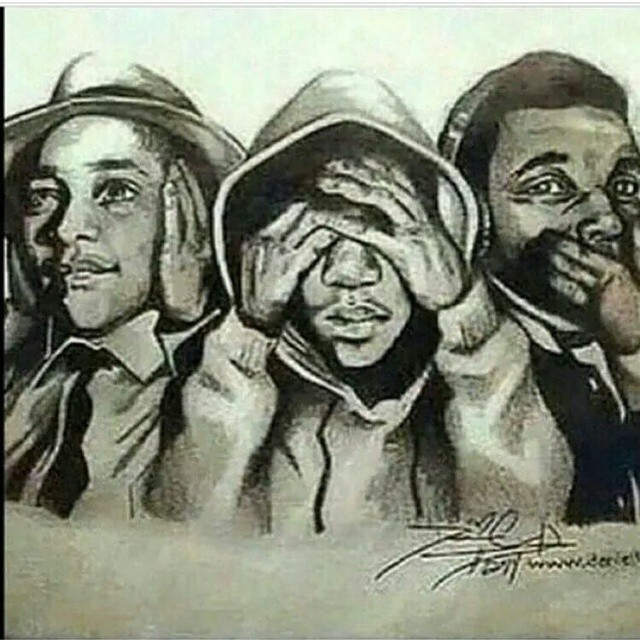 I'm going to say this and you can take it how you want to and you can either unfriend me or not but I'm going to say what I have on my mind. Now while I don't believe that burning down the town is right, I believe it's just their last resort after dealing with 3 months worth of BS in their town. A young black man was murdered even though his HANDS WERE UP... Last I checked, I thought the rule was Hands up, Don't Shoot or does that only matter to white lives? Now to some people, Mike Brown was deemed a Criminal because they think he robbed a store before he was shot because of a video tape, which I believe isn't clear enough, but regardless because once again, The young man's hands were up which means I surrender am I right? How many more young black kings must we lose before enough is enough? Where is the breaking point?

Also, This weekend have been filled with more murders courtesy of Cops shooting young black men. A 26 year old young man who was UNARMED was gunned down this weekend by a cop while the young man was in a staircase in Brooklyn. Oh how about the 12 year old, Yes a 12 year old boy was shot dead because he had a BB Gun, a BB Gun people. The child even told the cops that it was a BB Gun and they still shot him dead.

After everything that is happening, some of you can understand why I'm scared for my life as well as the lives of my family and friends as well. I have cousins the same ages as Trayvon and Mike and everyday I am scared that they might suffer the same fate as Trayvon or Mike. When I say that I'm scared for my own life and my non white friends say stuff like "You're the whitest black man I know", quite frankly, I and police don't give a shit about if I'm not like other Black people, they see a black man walking. Say I was omw to an audition or rehearsal for a show and a cop stops me because in his eyes I look suspicious, do you think he's going to be fair with me because I grew up in a predominantly white neighborhood? No, chances are that he will treat me like everyother black man in the street and it won't end well for me.

So if you hear me say that I'm scared for my life, don't tell me that I don't have nothing to worry about because I'm not like the others. I've been profiled before and I know for a fact that it might happen again and I'm Scared for my life that that might be the last time.

My prayers are with Mike Brown's family, Ferguson, My family, as well as every black family in America who go through everyday scared for the inevitable.