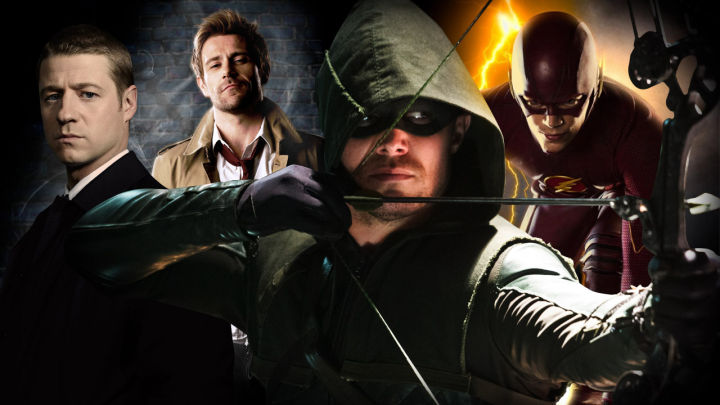 Hey everyone how's it going? It's the Black Chivalrous Nerd Denzel Lamar coming to you once again with another blog post and this one is a good one. Now as everyone knows, comic books are taking over in a big bad way and we are all excited because this is something that every nerd has been waiting for since they've been little nerds and nerdettes. We have Gotham on Fox, The Walking Dead coming back on AMC, Arrow and the Flash on CW, Constatine on NBC, Agents of S.H.I.E.L.D and Agent Carter on ABC, a rumored Live Action Teen Titan show on TNT, a rumored Supergirl show in the works with TNT and a rumored X-Men live action television show in the works with FOX. Not to mention that Netflix has Daredevil, Iron Fist, Luke Cage, Jessica Jones and a Defenders show lined up just as well

Now there are some people that believe that there are too many Comic book shows being produced and that t's turning into overkill, but I for one would like to disagree with them and here's why. Now to the non comic book fan, it is a little bit of overkill but to the Comic Book fan, we are only scratching the tip of the iceberg when it comes to the years of stories that these comic books have. Not to mention that there are so many super heroes and heroines throughout the years that have yet to be portrayed on TV and could benefit from it just as well. For example, I wouldn't mind seeing a Sci Fi show about Blue Beetle done on CW or NBC or a show based on DC super hero Icon, The Question, Mr. Terrific, Blue Devil, Birds of Prey, or Hawk and Dove being done. Plus on the Marvel side I know there are people that wouldn't mind seeing a show featuring the Daughters of the Dragon featuring Colleen Wing and Misty Knight, or Spider-Woman, or Black Panther, or Moon Knight, etc.

My point is this, there are so many comic book stories out there that we are not being over-saturated with the few that we have right now. If anything, it's just the beginning and it's only going up from here on so sit back relax kick back and enjoy the ride because these Super Hero shows are only going to get better with time.

Alright guys, that's all for now but until next time this is the Black Chivalrous Nerd Denzel Lamar signing off saying Love Peace and Bacon Grease Smoke Bombs Out